Findings from our API survey

What was the API Survey?

Seeking to better understand the needs of people using DigitalNZ’s API, we sent out a brief survey on 30 June to a few hundred DigitalNZ accounts that had activity on their API keys. We were hoping to hear directly from people using the API service so that we could identify and prioritise changes to help people achieve their goals.

How did it go?

We received 20 responses, mostly positive or satisfied, with a few frustrated respondents. Despite the small number of responses there was lots of useful feedback and even those with a positive response still identified room for improvement.

What did we learn?

As the chart below shows, the survey confirmed our assumption that our API is used for a wide range of reasons and it was great to see that the service is flexible enough to support these.

The variety of programming languages shown in the next chart was unexpected. It could be the option of either XML or JSON response formats that makes our API compatible with the wide array or tools. Or perhaps it’s just the nature of software development and the inherent versatility of APIs in general. 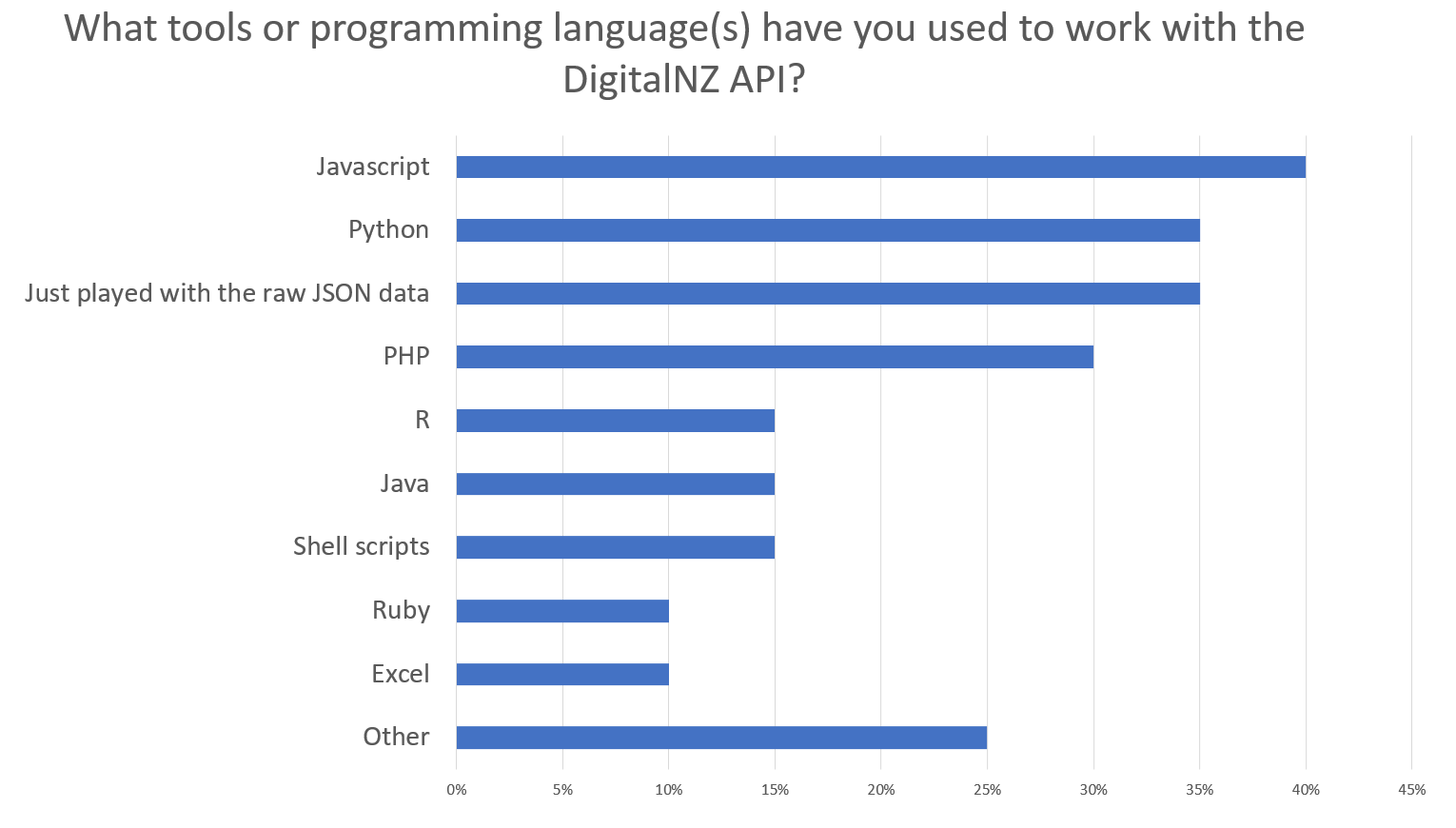 These next two charts are from the questions we were most interested in because they’ll help us prioritise what to work on next. Respondents would like us to work on our API documentation—something that we knew needed some work. Request limits and throttling have also been causing people issues. 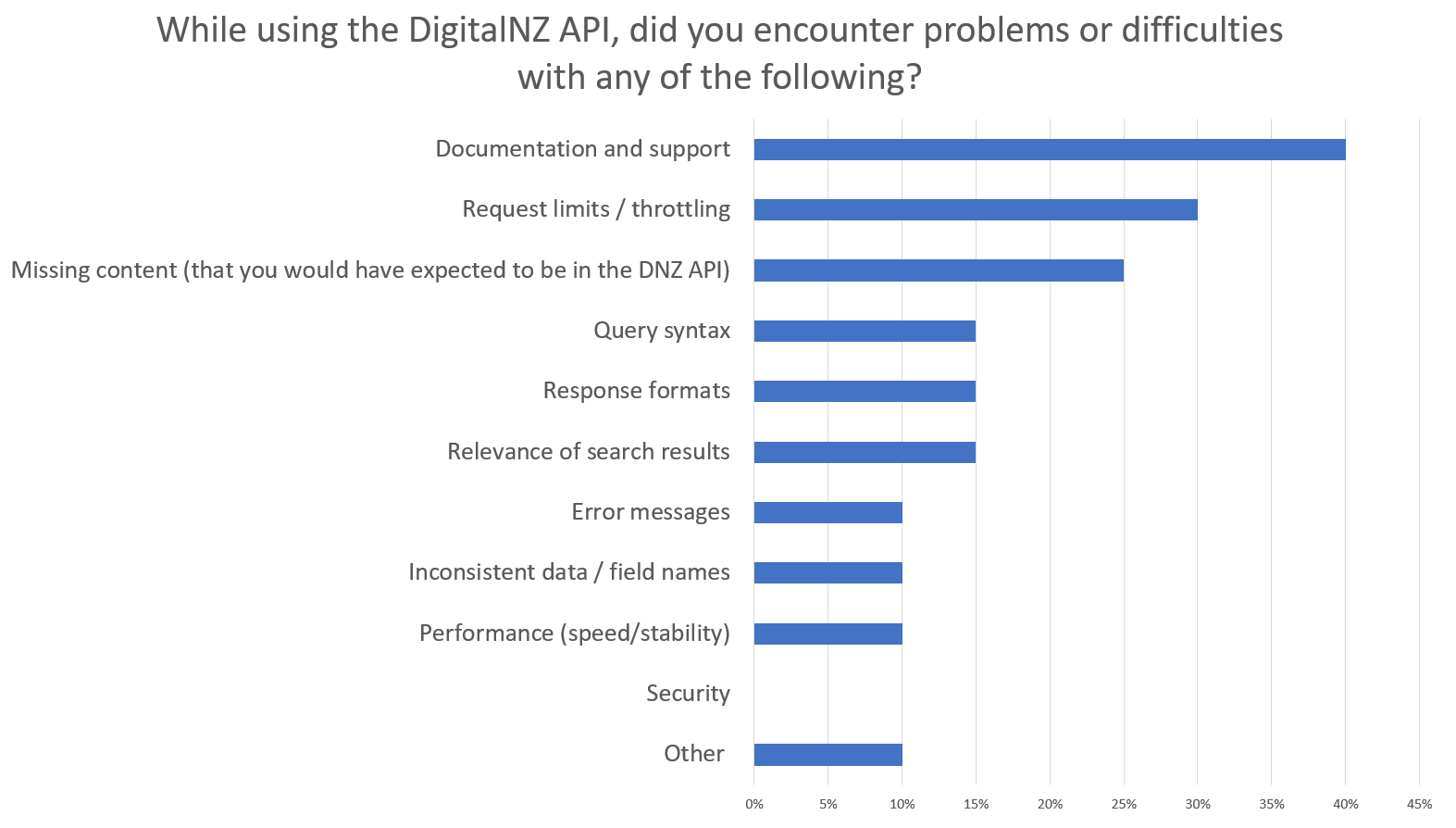 It was interesting to see ‘bulk download’ as the number one request from our API users, as it’s something we’ve had on our radar for a long time. It’s a tricky area with licensing and content agreements to consider, as well as technical challenges. 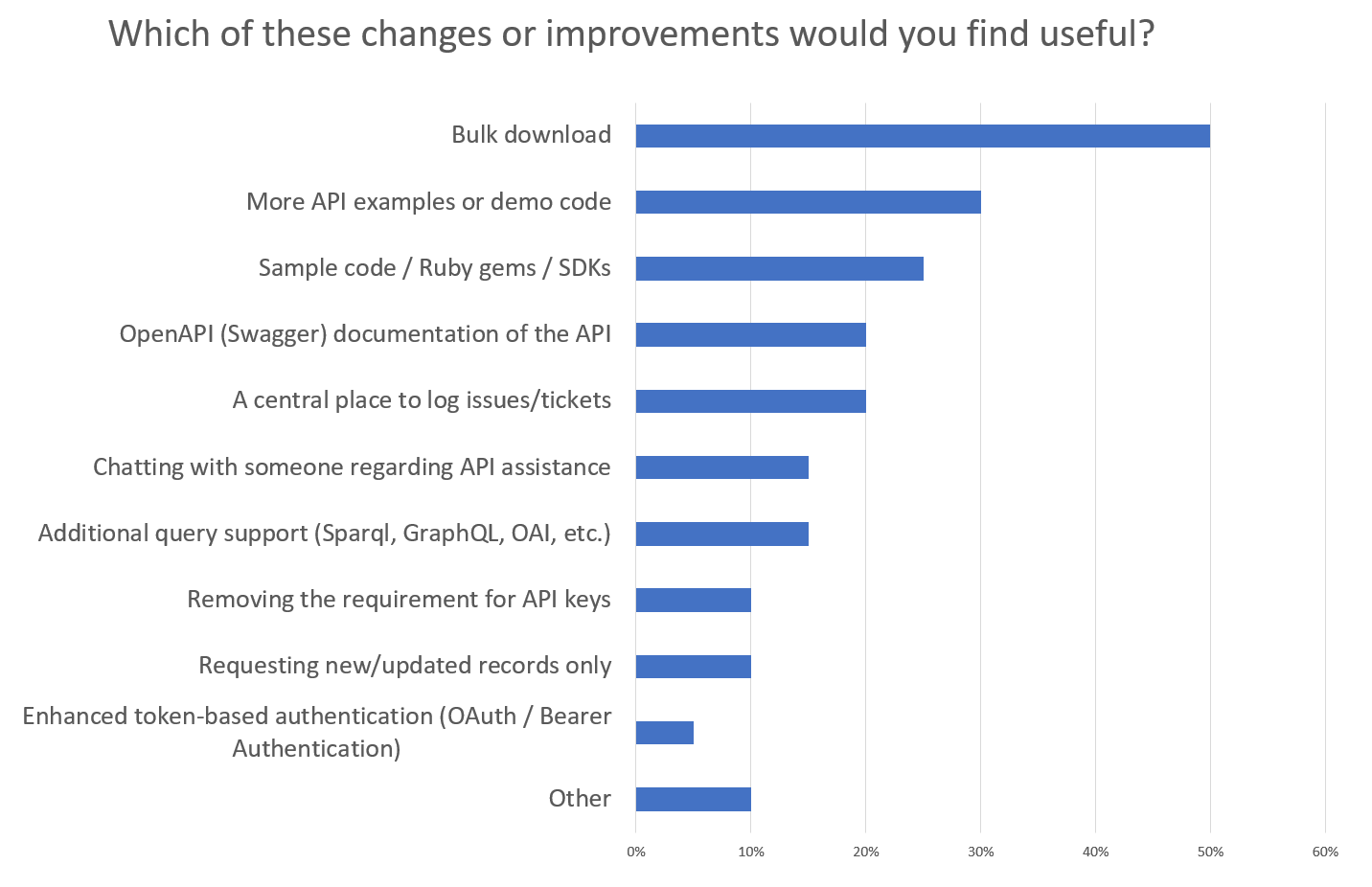 Looking at the feedback we received, we think we can be most helpful by working on our API documentation, which was the most common problem identified by respondents. We hope to make some improvements in this area by the end of the year. Fixing the documentation will also help with other issues called out in the survey, such as query syntax and our API’s response format. The two other areas that stood out were ‘bulk download’ and ‘request limits/throttling’. Both of which will need some investigation to make sure we understand the problem and focus our work in the right direction.

Lastly, a big thank you to the people who took the time to fill out the survey for their generous and detailed feedback.