A DigitalNZ Story by Donna Robertson

24 January 1974 - 10th Commonwealth Games open at Queen Elizabeth II Park, one of the greatest sporting events in New Zealand’s history. Visitors include the Queen, the Duke of Edinburgh, the Prince of Wales and Princess Anne. Jennifer Turrall, 13 and Sally Lockyer, 14 members of the Australian swimming team in the Commonwealth Games in New Zealand in January 1974, in the... 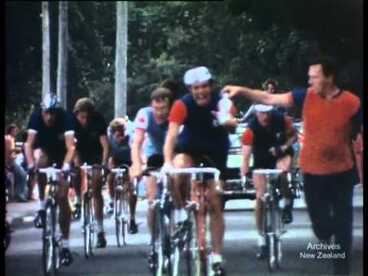