Digital items relating the Great War Story video about Rikihana Carkeek: http://www.nzhistory.net.nz/media/video/rikihana-carkeek-great-war-story Rikihana (Bunny) Carkeek was a prominent Ngāti Raukawa leader from Ōtaki who served, first with the Maori Contingent, and then with the Maori Pioneer Battalion during the First World War. He kept a detailed diary throughout the war which provides great insights into the experience of Māori soldiers during the First World War. At Gallipoli his machine gun crew were almost all killed or wounded during the attack on Chunuk Bair. Rikihana Carkeek survived both Gallipoli and the Western Front, and returned home an officer. See more Great War Stories here http://firstworldwar.govt.nz/great-war-stories Maori Pioneer Battalion aboard ship before their departure Soldiers of the Pioneer Battalion awaiting departure during World War I, probably in Wellington 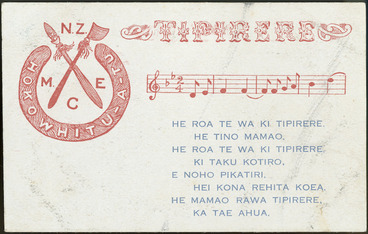