My most vivid memory of that first September earthquake is going online early that morning and being astounded at the damage sustained in the central city. My attention then switched to the university, when we heard it was closed for two weeks. Living in Upper Riccarton at the time, myself and my flatmates were lucky in that we were basically unaffected. Our biggest concern as busy students in our third year of study was that we couldn't get back on campus! The two weeks until it re-opened were spent volunteering with the clean up, entertaining ourselves at home, and all the while trying to make sense of what this meant for Christchurch. 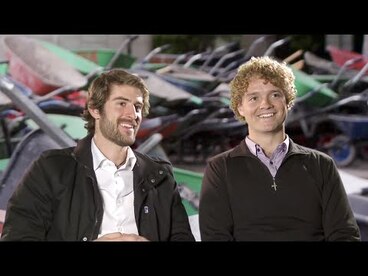 The silt worms -- origins of the Student Volunteer Army