In May 1893, Meri Te Tai Mangakāhia addressed the lower house of the Te Kotahitanga Parliament (Māori Parliament) the first recorded woman to do so.

These resources and text relate to Meri Te Tai Mangakāhia (Ngāti Te Reinga, Ngāti Manawa and Te Kaitutae) and the wider context of Māori Parliamentary seats and MPs. They have been sourced and collated from DigitalNZ and other websites. 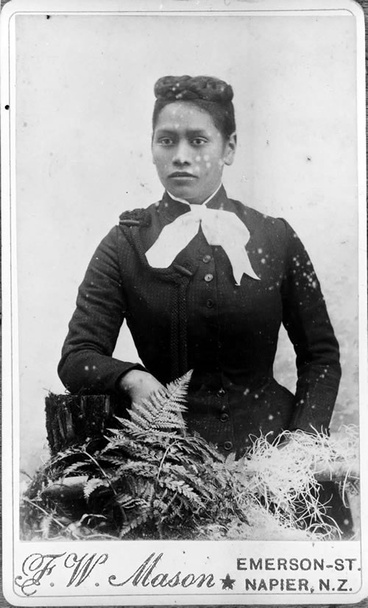 Meri Te Tai Mangakāhia was of Ngāti Te Reinga, Ngāti Manawa and Te Kaitutae, three hapu of Te Rarawa. In May 1893, Meri Te Tai Mangakāhia, addressed the lower house of the Te Kotahitanga Parliament (Māori Parliament) – being the first recorded woman to do so. Addressing Parliament she not only requested wāhine Māori be given the vote, but went further than the contemporary aim of the European suffrage movement, and asked they also be able to sit in the Māori parliament. She was one of other influential wāhine also part of the suffrage movement. She later joined the women's committee of the Kotahitanga movement, remaining involved in Māori politics and welfare movements.

Many Māori gave up on the 'Pākehā Parliament' in the 1890s, as it was not seen to be serving Māori interests. The confiscation of Māori land following the wars of the 1860s and the continued taking of Māori land led the Kotahitanga movement to hold a number of Māori Parliaments (Paremata Māori) as alternative forums. Prominent politicians, including James Carroll, visited the Māori Parliament, but Premier Richard Seddon remarked that it was really only a runanga (council or assembly) and that there was 'only one parliament in New Zealand, and it would never give up control of the Maoris or their lands'. A proposed boycott of the Land Court failed, and the Kotahitanga movement faded away.

In 1893 all New Zealand women, Māori and Pakeha, won the right to vote. It is not known how many Māori women signed the suffrage petition, but about 4000 of them voted in the 1893 election. As Meri’s speech indicates, Maori women had different concerns from those of their Pākehā associates. Pākehā suffragists were focused on moral reform and temperance (restriction of alcohol). While Māori women were also concerned about alcohol abuse, and many became members of the Women’s Christian Temperance Union (WCTU), they were more concerned about the overall wellbeing of Māori culture.  The need to counter the effects of colonisation, particularly land loss and the lack of recognition of Māori women’s rights as the owners of land and resources, was another key motivation. Many Māori women were accustomed to having decision-making power over men, whereas Pākehā women had long endured patriarchal domination. Even so, Māori women did not win the right to vote in Kotahitanga Parliamentary elections until 1897. The parliament met for the last time in 1902. 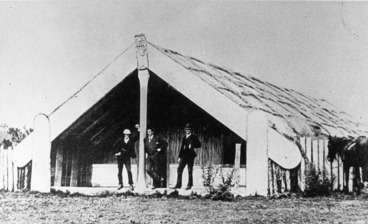 Maori and the Vote — setting up the Māori seats.

Māori MPs  —   important leaders of Māori society have represented their people in parliament.

Māori wahine remembered in suffrage movement—  wahine Māori don't get the credit they deserve for their role in women gaining the right to vote.

Meri Te Tai honoured on Suffrage Day— she is the inspiration for wahine to take on the big issues for their people.

Māori Seats — the origins of the Māori seats.

Suffrage 125 — a video about the legacy of Meri Te Tai Mangakahia.

Wāhine— an exhibition that acknowledges and celebrates the mana of Māori women.