A selection of sheet music, recordings and other material relating to composer Alfred Hill's interest in Māori music

Alfred Hill (1869-1960) was the most significant classical composer of New Zealand's colonial period. Born in Australia, Hill moved with his family to New Zealand in 1872. He went on to study music in Leipzig, Germany, before returning to a professional music career in New Zealand and Australia.

A notable aspect of Hill's music composition was his interest in Māori music and culture, beginning with the cantata Hinemoa (1896). This interest also led to Hill collecting waiata and arranging them for piano accompaniment, including 'Pōkarekare' and 'Tarakihi' (Song of the Locust). Several songs he wrote on Māori themes, such as 'Waiata poi' and 'Waiata Māori', become wildly popular in their own right. He also composed operas and other works based on Māori topics.

Alfred Hill's engagement with Māori music has been much debated, both celebrated and critiqued. Recently, more attention has been paid to Hill's Māori sources and collaborators, such as Henry Stowell a.k.a. Hare Hongi (Ngāpuhi) and Wiremu Duncan (Ngāti Kahungunu), revealing the complicated stories behind the waiata he is associated with.

Hill settled permanently in Sydney, Australia, in 1911, but he never lost his interest in Māori music. In 1940, he reused earlier material for his soundtrack to Rudall Hayward's feature film Rewi's Last Stand.

This Digital NZ story features a selection of Alfred Hill's music and the waiata he collected, including period recordings and downloadable sheet music, and some related material. It was created for the 2019-2020 National Library exhibition Pūkana! Moments in Māori Performance. 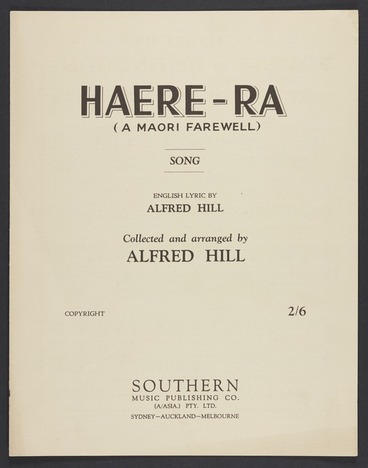 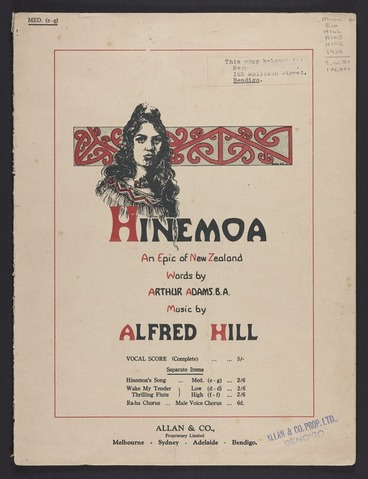 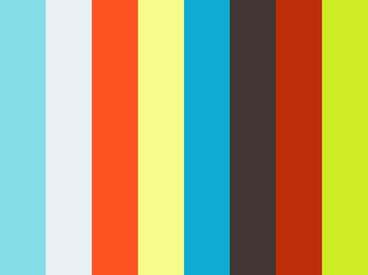